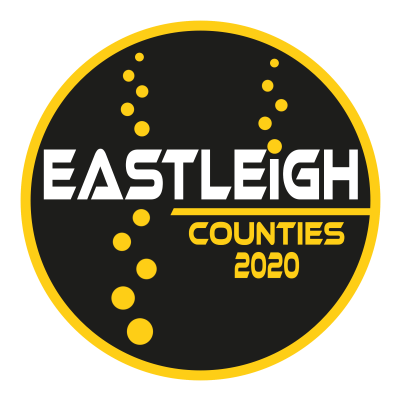 The 2020 Hampshire County Championships concluded at the weekend at the Mountbatten Centre in Portsmouth. This weekend was the opportunity for sixteen of our senior swimmers to continue the good form shown by our younger swimmers earlier in the Championships, and they didn't disappoint!

We went into the final weekend of the championship having already massively exceeded our 2019 medal haul, picking up 18 medals so far, on top of all the amazing PBs and great swims by our competitors.

This weekend we added a further 3 medals to the haul, one of each colour: gold, silver and bronze. A total haul of 21 medals is a magnificent achievement and shows how far the club and the swimmers have come in the last 12 months.

The gold medal was won in an outstanding swim by Frank in the boys 15yrs 50m freestyle. In the heats, Frank swam a superb new PB of 26.46 seconds and made his way to the final as the fastest qualifier. In the final, Frank went even faster with an astonishing time of 25.92 seconds, winning by a meter and smashing Dan Smith's previous club record of 26.02 seconds. To add to the gold, Frank also won silver in the 50m butterfly, qualifying third fastest for the final and improving on his qualification time to win the silver medal with a time of 28.47 seconds. Once again, this smashed the previous club record of 28.71 held by our current Club Captain, George. Frank was close to adding a third medal, touching in 4th place in the 100m freestyle.

In the girls 15yrs age group, Ellena was the 6th fastest qualifier for the 50m backstroke final with a time of 34.45 seconds. In the final she had a terrific swim to improve by almost a full second to win the bronze medal with a time of 33.48, a new long course PB. Ellena also qualified for the final of the 100m backstroke and the 50m butterfly, setting new PBs in both and finishing in 5th and 7th position respectively.

Although he'd lost his 14-15yrs club record to Frank, George has no reason to be disappointed - he also set a new club record in the 50m butterfly, lowering his own Open age category club record to 27.45 seconds, a great swim which earned George 9th place.

We had many other excellent individual swims over the weekend including:

We also had medley and freestyle relay events for the All Ages and 16/under age groups.

In the boys 16/under 4x50m medley relay, Eastleigh A (Fraser W, Oliver, Freddie, Frank) finished in a strong 6th place, just a second outside their own club record with a time of 2:02.78. Eastleigh B (Josh, Max, Ethan, Isaac) also swam well to finish in 16th place with a time of 2:10.37. The teams were shuffled for the 4x50m freestyle relay. The reworked Eastleigh A team (Frank, Fraser, Oliver, Ethan) also finished just a second outside their own club record, taking 7th place in 1:48.15. Eastleigh B (Josh, Isaac, Freddie, Max) finished in 14th place in 1:53.33.

For the All Ages girls events, we entered just one team. In the 4x100m freestyle relay, Eastleigh A (Issy, Emily, Katie, Victoria) finished in 9th position and set an excellent new club record of 4:23.24, taking half a second off the record that Eastleigh A 2019 had set in the same event 12 months previously (Katie and Victoria had also been part of that record breaking team).  In the 4x100m medley relay, Eastleigh A (Issy, Sophie, Evie, Emily) got within a second of the club record when finishing in 9th place with a time of 4:57.40.

Overall, a very good Championships for Eastleigh with some magnificent swims and plenty of medals.  Thank you to all the coaches who worked with our swimmers on poolside, all our volunteers that team-managed and officiated and to all parents and family members that cheered us on from the spectator area. You should all be very proud.