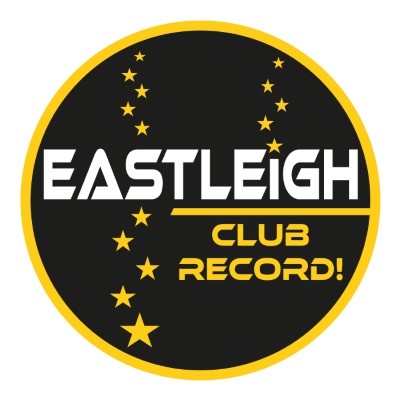 For many of our swimmers, this was the final competition of the season and, continuing the great form they've shown this year, they won bundles of medals, broke loads of PBs and set three new butterfly Club Records.

Special congratulations to our three club record breakers. On the day that Adam Peaty became the first man under 57 seconds for 100m breaststroke, George became Eastleigh's first ever swimmer under 27 seconds for 50m butterfly, setting a new club record of 26.88 seconds with a gold medal winning performance. A sensational swim and a barrier that George had been aiming to break for a number of months. In the girls' 100m butterfly, Jodie lowered her own club record by 0.08 seconds, winning gold in a new time of 1:09.81. And Matthew smashed his PB by over 2 seconds to break Freddie's club record in the boys' 11/under 100m butterfly, setting a new time of 1:16.78, winning gold.

Top of the table for medallists was Fraser, with five golds from five events in the boys' 13 years age group. His 100m freestyle in particular was a great swim and he's edging closer to becoming our next swimmer to break the 1 minute barrier. With four golds each, we had George, Matthew, Phoebe, Evie T, Alana and Emily L. Ellena, Emily P, Mukund and Jodie won three golds each. Two golds were won by Nathan, Finlay, Freya M, Jess I and Jacob. And congratulations to Rhyseren, Aiden and Elliot who won one gold each.

In addition to our gold medal event winners, our swimmers won many silver and bronze medals. Congratulations to Jorja, Ollie, Victoria Bu, Isaac, Lolah, Isla, Jess D, Sophie and Liam for their medals.

We also had a lot of swimmers who smashed their personal best times, a reflection of the hard work they've put into training in recent months and well deserved. Its great to see those swimmers so delighted with their swims. The biggest PB demolitions were achieved by:

All these swimmers were beating personal best times they'd achieved in previous Open Meets. We also had a lot of first time swims for our younger (and some older) competitors, trying out events for the very first time and setting their very first personal bests in those events.

Finally, well done to those swimmers for whom this was their last competition with Eastleigh Swim Club. We'll miss you!